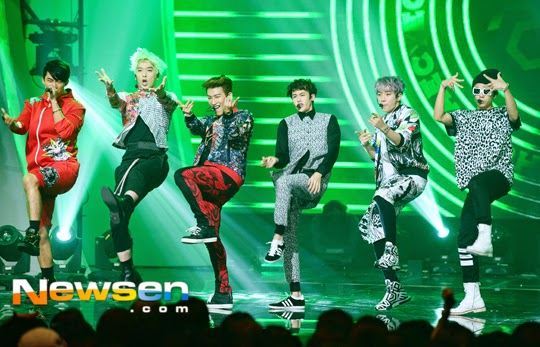 2PM will be launching a fan signing event in celebration of the 4th full length album release.

2PM’s fan singing event will take place on 'Hallyu Star Street,' which is an area between Cheongdahm-dong and Apjujeong-dong where many entertainment agencies and stars’ favorite hangout places are located. It has been assigned as 'Hallyu Star Street' by the Gangnam district as a part of a special communication program where the fans can walk down the street and directly interact with the stars.

On September 25, 2PM will be holding a fan signing event in Galleria Department store located in Apgujeong-dong for 100 selected fans out of those who purchased 2PM’s new album.

As the upcoming event will be 2PM’s first fan signing event in one year and four months, it has been gathering many fans’ attention.

The fans who would like to enter the event can apply after purchasing a copy of 2PM’s 4th full-length album between September 21 and 23 in ‘Book & Music’ located in Jongro.

JYP Entertainment stated, “Since the 2PM will be meeting with the fans in one year and four months, the members have been excitedly waiting for the day. We ask for your active participation in the upcoming fan event.”