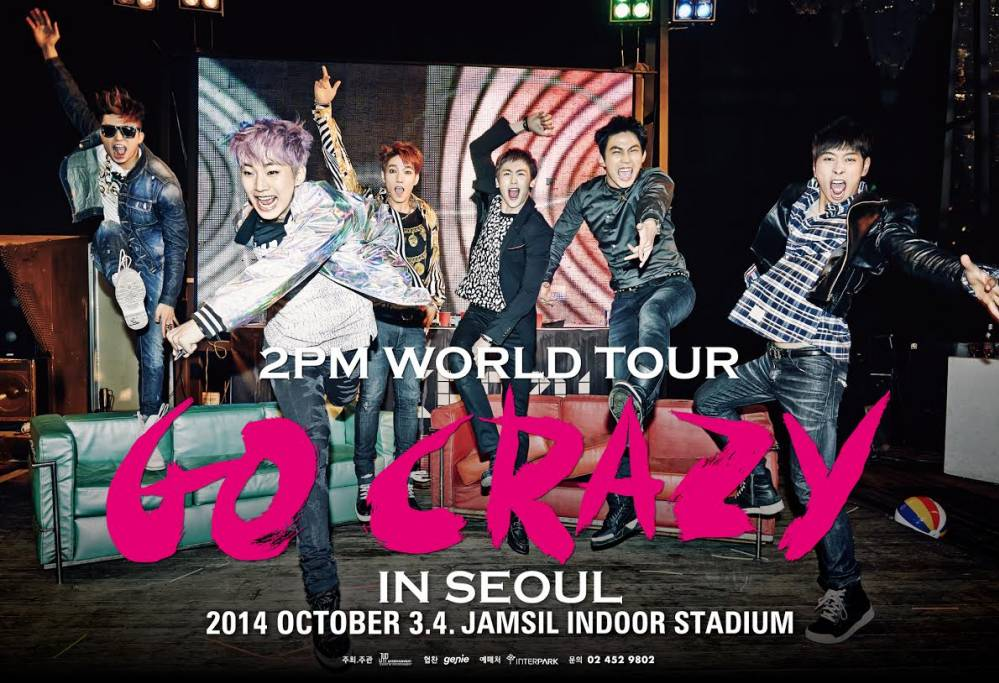 The boys of 2PM are set to "GO CRAZY" at their upcoming world tour!

2PM have announced the details for their next concert, which will be held in Seoul's Jamsil Indoor Stadium on October 3-4. The JYP Entertainment group will then move on to China, Thailand, Indonesia, the United States, and other countries.

Fans can look forward to this event as well as their "GO CRAZY" music video and pre-party on September 10, while their full album is dropping on the 15th.