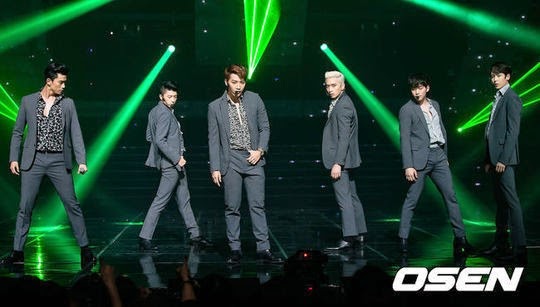 The Billboard reported through the K-pop column, K-town on 18th (local time), "2PM has hold on to the R&B roots through their new album 'GO CRAZY', but added unexpected funky new twists".

The Billboard also explained about the title song 'GO CRAZY', "It starts with exciting EDM sound, but once the melody kicks in, a disco motif is added with dynamic synth string and guitar sound", and reported as "Neither an homage to the funk era nor a EDM banger, 'GO CRAZY' is an all-the-more impressive single."

Moreover, they explained "2PM enjoys like 'crazy'" about the music video of 'GO CRAZY' and reviewed as "'Comeback When You Hear This Song' and ‘A.D.T.O.Y’ videos were much darker with the former visual focused around the seven deadly sins. After trying out such a heavy theme, it's fun to see the boys let loose on camera with the last 20 seconds dedicated to the guys goofing off". They also praised "2PM even recorded a 'party' version of their new video. Smart stuff".

The Billboard also explained briefly about tracks of 2PM's new album, "'MINE' is the smooth song, but the guys are still having a good time", and "'She's Ma Girl' is an impressive song which is started with saxophone sound".

The Billboard praised highly again, "On the album 'GO CRAZY', 2PM finds the perfect recipe for growth by stirring in unexpected sounds without straying too far from their R&B-pop roots".