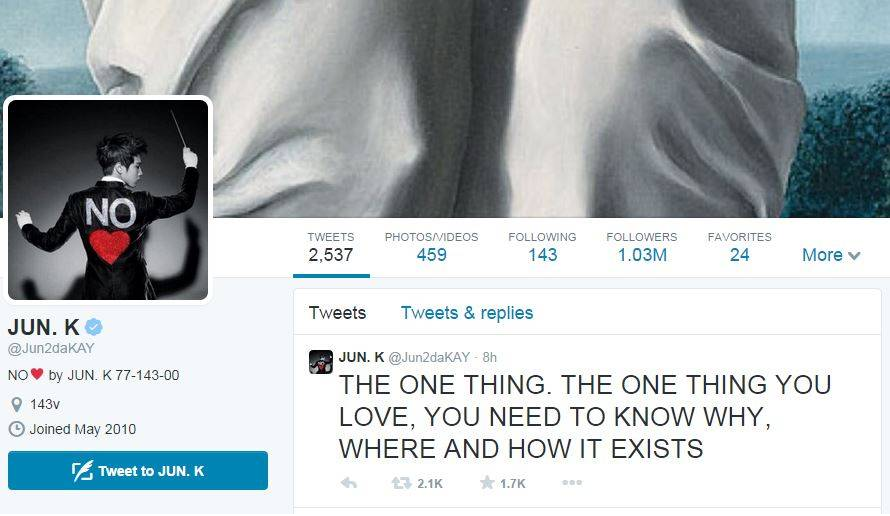 2PM's Jun.K has joined the millionaires club on Twitter!

Jun.K has been on Twitter since May 2010, and it's been a little over 4 years since he joined the SNS. All the 2PM members are pretty active on their Twitter accounts, and he also uses it to not only talk to his fans, but also to joke around with his fellow 2PM members.