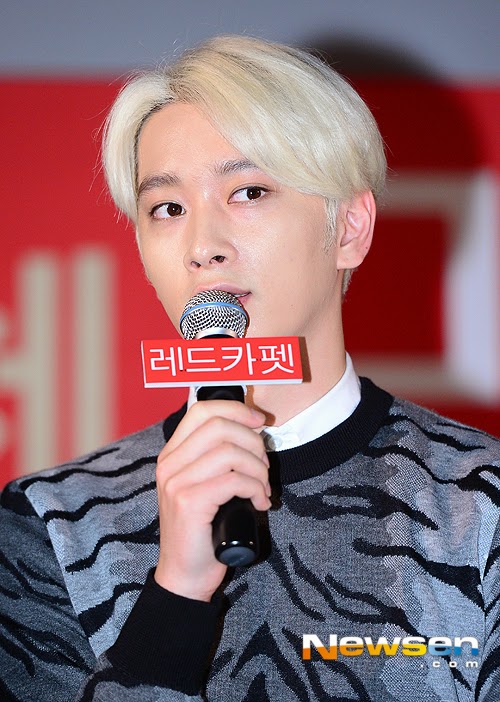 During the press conference for film Red Carpet, Chansung was asked what made him decide to star in the movie.

Chansung said, “When I first saw the scenario, I felt like the character was really charming.”

He continued, “I wanted to act out this character, who has the feel of an elite but is tactless and full of passion, so I said I want to do as soon as I saw the scenario.”

When asked if he knew who the cast members and the director were, Chansung answered, “I didn’t ask who was working on the movie specifically. I met the director for the first time after I said I want to do it. I thought I was auditioning for the movie so I shared many things as I ate with the director. But something felt unclear so I asked my manager, ‘hyung, am I going to be in this movie?’ and later I found out that I was cast.”

Red Carpet is an ero-mantic comedy film about ‘the Avengers’ of the 19 plus movie industry and the star actress who gets tricked by them. It is set to premiere on October 23.