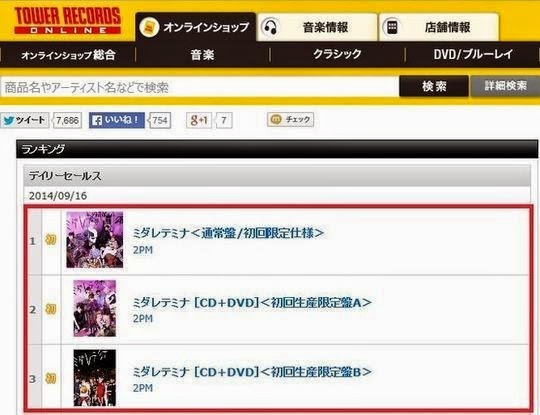 Also, ‘GO CRAZY’ ranked 1st, 3rd, and 5th in TOWER RECORDS daily booking chart on 16th after maintaining the 1st ranking since 14th. It is eye-catching since the 4th Korean regular album ‘GO CRAZY’ is at the 5th ranking.

Especially they ranked no. 2 in daily chart by recording 55,000 points in a day in the single album section of Oricon Chart on 16th.

Meanwhile, 2PM is actively performing with their title song ‘GO CRAZY’ in Korea.