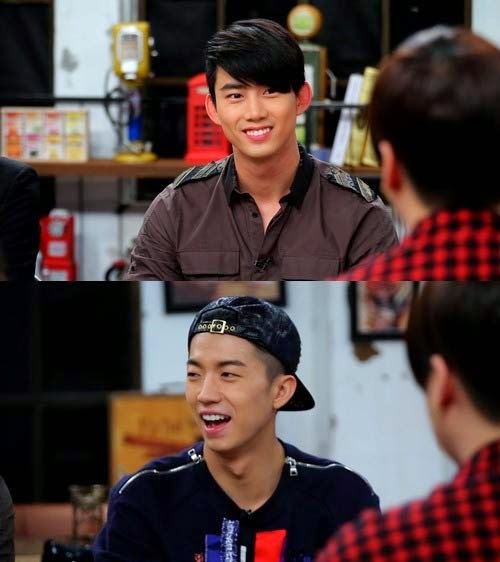 Known for his muscular body, 2PM's Taecyeon shared that men grow muscles to show off.

On the upcoming episode of SBS’ Magic Eye the panelists and guests began to talk about the topic of men exercising and whether they do it for their health or to show off.

Both Taecyeon and Wooyoung said men work out to show off.

“I think it’s true that people first start working out to show off to other people,” said Taecyeon. “But the moment you actually start enjoying exercising, the reason is no longer to show off.”

Moon Hee Jun then shared that when the amount of muscles increases, the level of immunity drops, leading to illnesses. Wooyoung agreed with the statement saying that when he was building muscles, he became anemic and easily caught colds.

The episode will air on September 23.